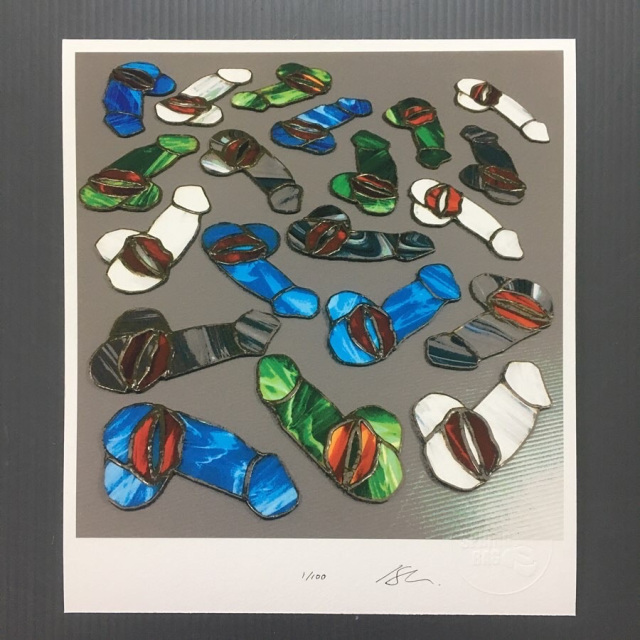 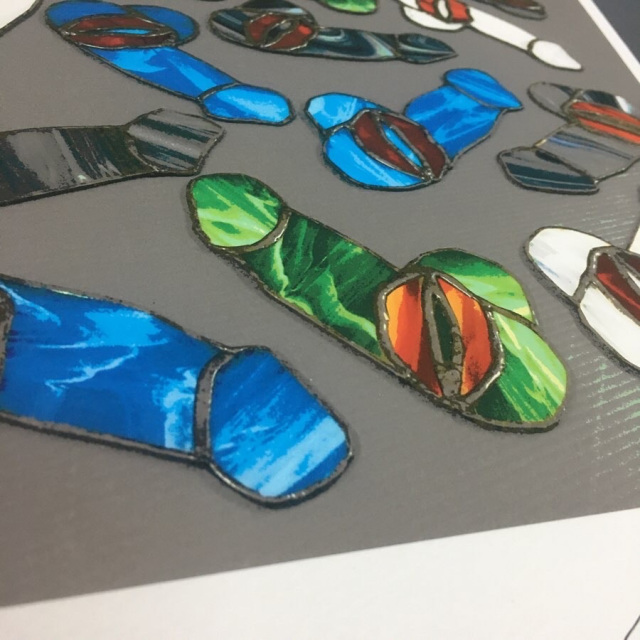 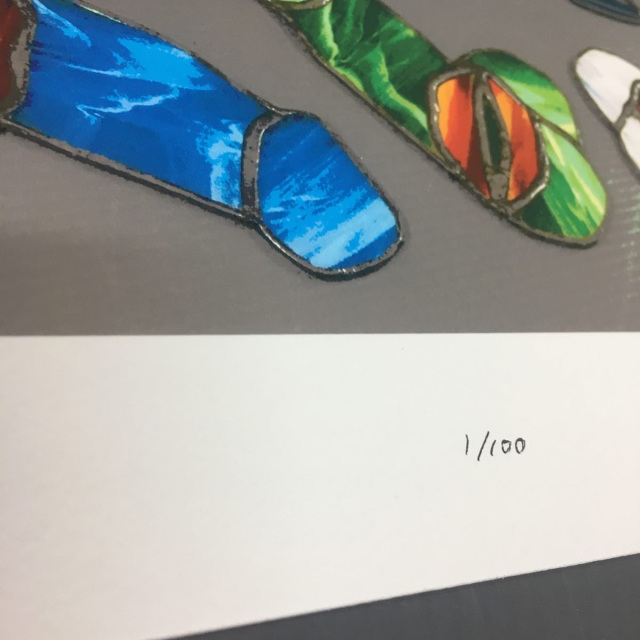 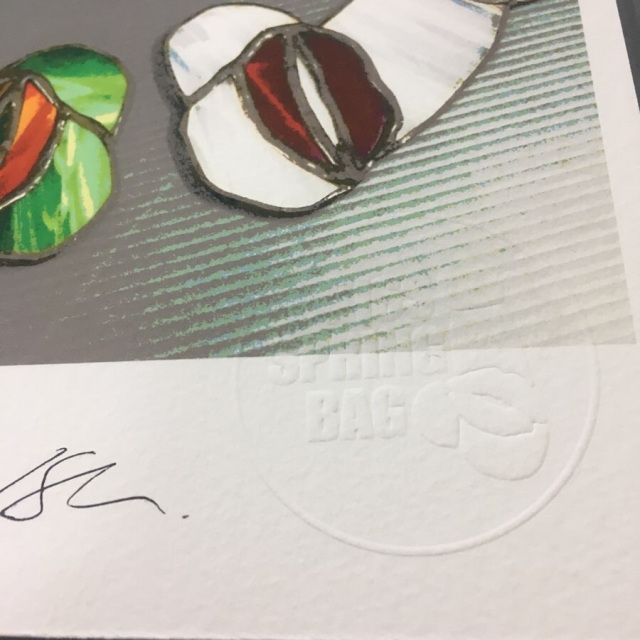 This violent incident shocked the whole society with a lot of Hongkongers‘s anger towards the incapability (and suspected cooperation with the gangsters) of the HKPF and also the violence of the gangsters.

One web user in LIGHK, a multi-category forum website based in Hong Kong, miswrote a word in a comment that he would like to “kiss” (錫) and not “kick” (踢) their balls (“spring bag”(春袋) in Cantonese slang) and it becomes a famous term and being widespread around Hong Kong. People developed this idea further and used it in the movement such as making of slogan “stop charging or we kiss your spring pocket” (停止衝擊否則錫你春袋).

Apart from the catchy phrase and sexual joke, we can never underestimate the value of humour, especially during a difficult time. Professor Philip Zimbardo, the author of The Lucifer Effect: Understanding How Good People Turn Evil who conducted the famous Stanford prison experiment, expressed the importance of humour that “ ... the failure to use humour to defuse tension or even to bring some reality to an unreal situation...” makes all participants very tensed and stressed and “... humour breaks through the pretensions of person and place.”

Blue colour represents a group of so-called “love Hong Kong” protestors who always wear blue t-shirts and conduct violent acts during their “Love Hong Kong“ activities such as teasing off the Lennon wall;

Black colour represents the HKPF that local people called them as “dead black cop”(the dirty cop) (死黑警) because of excessive usage of force and breaching of law and regulations such as not displaying their warranty number while they are executing their duties;

White colour represents the group of gangsters in Yuen Long as all of them were wearing white t-shirts on 21 July 2019 during the terror attack in the station.

What you will get:
-Archival print on Hahnemühle German Etching paper
Edition of 100 hand signed by the artist, hand press stamped and numbered
Unframed sized 8 x 9 inch
-a bank transcript of 150.00HKD*


Contract for the Sale of an Artwork
Please read this AGREEMENT before your purchase.
By purchasing item(s) through the website www.chankinsing.com (hereinafter referred to as the Website), you are agreeing to the terms of this agreement.
Agreement made as of the the date of payment, between Kingson Chan Kin Sing (hereinafter referred to as the Artist), located at Hong Kong, and the buyer (hereinafter referred to as the Collector) from the Website, located at Hong Kong and other countries, with respect to the sale of an artwork (hereinafter referred to as the Work).
WHEREAS, the Artist has created the Work and has full right, title, and interest therein; and
WHEREAS, the Artist wishes to sell the Work; and
WHEREAS, the Collector has viewed the Work in Website and wishes to purchase it;
NOW, THEREFORE, in consideration of the foregoing premises and the mutual obligations, covenants, and conditions hereinafter set forth, and other valuable considerations, the parties hereto agree as follows:
​1. Description of Work. The Artist describes the Work as follows:
Title: Kiss Spring Bag Print
Edition: limited edition 100
Medium:  -Archival print on Hahnemühle German Etching paper
Size:  8 x 9 inch
Year of Creation: 2019
Signed by Artist and numbered: Yes
2. Sale. The Artist hereby agrees to sell the Work to the Collector. Title shall pass to the Collector at such time as full payment is received by the Artist pursuant to Paragraph 4 hereof.
3. Price. The Collector agrees to purchase the Work for the agreed upon price of 349.00HKD, in which the Artist will donate 150.00HKD to 612 Humanitarian Relief Fund or Spark Alliance as per Artist’s preference.
4. Payment. Payment shall be made in full in www.chankinsing.com.
5. Delivery. The Artist shall arrange for delivery to the destined location marked by the Collector within the given timeframe of the shipping company.
6. Risk of Loss and Insurance. The risk of loss or damage to the Work and the provision of any insurance to cover such loss or damage shall be the responsibility of the Collector from the time of shipment.
7. Copyright and Reproduction. The Artist reserves all reproduction rights, including the right to claim statutory copyright, in the Work. The Work may not be photographed, sketched, painted, or reproduced in any manner whatsoever without the express, written consent of the Artist. All approved reproductions shall bear the following copyright notice: by Kingson CHAN Kin Sing 2019.
8. As pursuant to the terms of purchasing outlined on the Artist’s website, the Collector shall have 7 days to request a return by email to the Artist within that 7 day period from time of delivery to schedule the return. The Work must be returned immediately through the same delivery carrier as delivered, must be packaged in the same materials as delivered, and the Work must be in the exact condition as delivered. Upon return receipt of the Work to the Artist studio, and upon inspection of the Work, and if the artwork is found to be in the exact condition as sent to the Collector, a refund will be processed for the cost of the Work only (less return shipping) through the same payment method used by the Collector. The Collector is responsible for any and all return shipping costs and adequate insurance in the amount of the selling price of the Work. Return insurance must be purchased. Purchaser is responsible for any damage to a returned piece of artwork, unless determined that the carrier is at fault for damages.
9. Miscellany. This Agreement shall be binding upon the parties hereto, their heirs, successors, assigns, and personal representatives. This Agreement constitutes the entire understanding between the parties. Its terms can be modified only by an instrument in writing signed by both parties. A waiver of any breach of any of the provisions of this Agreement shall not be construed as a continuing waiver of other breaches of the same or other provisions hereof. This Agreement shall be governed by the laws of the Hong Kong Special Administration Region.